Its been a great afternoon for Titus Toyz for we’ve got great additions to our ever growing collection of Tomica and Hot Wheels Cars and Comic Books!!!

After taking a stroll inside Ayala Center Cebu, we’ve managed to get some of the most hyped cars in the market right now, the Tomica 78 Honda Civic Type R and the Bone Shaker Black and Gold version from the Hot Wheels 50th Year.

The Tomicas were purchased in Toy’s R Us… during that time, they’ve got a good selection of fresh stocks like so we decided to pick up a few more cars like the Orange Lamborghini Hurucan Performante and the white version for the Toyota 86.

We also got the Toy’s R Us exclusive Nissan Fairlady Safety Car!!!

We found Bone Shaker at the toy department of Rustan’s.

When we got out full rounds on the various toy shops in the mall, we decided to check out Fully Booked. Here you can find some of the best titles of books and comics.

I have a few comic books in my collection, and decided to add this one, Batman’s A Death in the Family. Well the cover art clearly explains who will die in the story…. This is a classic DC Event that every Batman fan should have.

The editor of the Batman decided that a poll should be made in order to determine the fate of Robin ( Jason Todd) in the novel. People of Dc Comics have set 2 hotline numbers so that people could vote whether Robin lives or not… after 36 hours and over 10,000 cast votes, the ending was finally decided.

Well, I do not want to be such a bad spoiler, so you should buy a copy of the comic book to see what really happened to Robin!!! 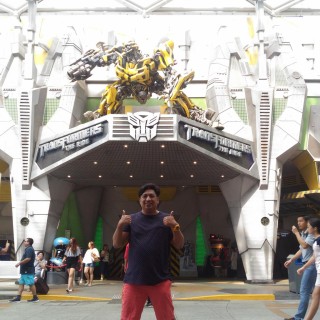